Men and Women in Conflict: The Psychosocial Construction of Family Violence

The family, according to popular perception, is supposed to be a "haven in a heartless world" (see Christopher Lasch's book of the same title); a haven of tranquility, gentility and nurturance from chaotic, harsh and depriving world outside its bounds; a private world and a place its members could find privacy for themselves, freed from the demands and stresses of the public world. It has been discovered during the course of the past 20 or so years, however, that the family is also a site of disorder, violence and cruelty; a locus of the heretofore secret crimes of incest and marital rape, of physical and emotional abuse. The very private world of the family - and not just those families under the tutelage of the social welfare system - has been opened to public scrutiny as never before. And it has been found wanting. My article takes a look at the dynamics of violent relationships. In this piece I work from an Object Relations (psychoanalytic) perspective and move toward a more psychosocial and anthropological stance.  It was originally my Thesis for my Master of Social Work degree when I retrained from Anthropology to Psychotherapy. Since its writing in the mid 1980's, as you will see in subsequent articles, I have moved to ever more toward a synthesis of cultural, psychological, physical and spiritual states.  A shorthand for this is something Virginia Woolf called "states of being."

Self Esteem and Violence

Much of the literature on abusive relationships describes the men (and the women) involved as having low self-esteem. However, there is very little in this literature that indicates just what this notion might mean. Since, however, low self-esteem seems to figure greatly in our understanding of domestic abuse, it is crucial that it be unpacked conceptually and operationally.

Homophobia or fear of intimacy among batterers?

An interesting and important discussion was raised during our meeting. A number of our members mentioned their impression that the men in their groups keep their involvement with each other limited to the time in and just around the group meetings. When we turned to the question of why this might be several answers were presented.

THE ABUSIVE MALE: AFFECT HUNGER AND THE LOSS OF SELF

It is often noted that upwards of 5O% of all reported cases of domestic abuse are coincident with substance abuse. While it is generally understood that substance abuse does not cause domestic abuse, the literature never really comes to grips with what this 50% plus statistic might mean. If, however, domestic violence and substance abuse are so commonly coincident, though the latter does not cause the former, one could plausibly suggest that they have the same root. That is, some of the same things that bring about the one in a relationship may very well bring about the other; substance abuse and domestic violence are coincident in such a large proportion of cases because they both ex­press similar underlying dynamics, individually and for the relationship.

Fragment Of An Analysis: Two Dreams Of An Abusive Man

A small essay giving an analysis of two dreams, showing the operation of the internal dynamic of rage, shame and longing exhibited by abusive men, and the behavior attendant upon it.

Our lives are filled with events, some of which are so small and "usual" as they hardly reach our notice, and others of which are so intense that by their power alone they seem to become, somehow, central to our lives. There are actually many sorts of experiences that we have that can be characterized as "powerful events."  Not all of these are painful or negative, as was the destruction of the World Trade Center.  Some of them are quite beautiful and positive, like "being in love."  All of them, however, fix themselves in our experience and require us to respond.

More and more private practitioners in psychotherapy are seeing those diagnosed with Post-Traumatic Stress Disorder (PTSD) in their offices. The therapeutic use of horticulture is proposed as an adjunctive method in the treatment of PTSD in a private practice setting. This paper proposes combining the use of “nearby nature,” and hands-on horticultural activities as a means of developing emotional safety, with the desensitization and narrative restructuring of traumatic memories through the use of Eye Movement Desensitization and Reprocessing (EMDR). The cognitive/behavioral and physiological foundations of combining EMDR with therapeutic horticultural activities as a modality of treatment are explored. 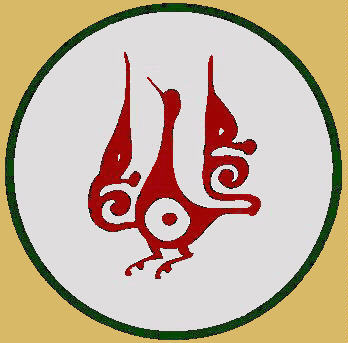