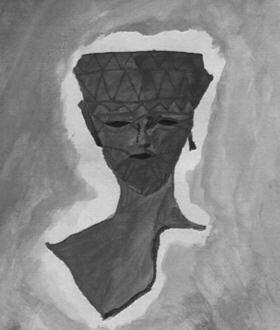 Here are a few stories of people who've come to me.  No names are given and the details of their plights have been altered to protect their privacy.

A woman came to work with me for panic attacks and depression.  She was, in fact, so severely depressed that she seemed lifeless and made people around her flee or fall to sleep.  As we worked together it came out that she was a political refugee and had been imprisoned under the most horrible of circumstances.  But she bore a secret beyond the fact of her imprisonment and torture.  As we worked, slowly her secret came out:  she believed she had betrayed her sibling to end her own pain and to save her own life.  As her secret 'came out' she was more able to look at the situation and to speak with other survivors.   She found that she had not been a betrayer but had been led to believe it by her captors.  Their torture of her mind continued on for years after it had ended in her body.  By opening up, by looking at her torment, she came to be able to dissipate it and find solace and clarity.  Ultimately she was able to come alive, to have a relationship that wasn't based on dependence, to drive a car and to go out without panic attacks.

There are many sorts of secret shames and guilts from which we can be freed.

A man came to me because he had been having an ever escalating conflict with his 12 year old son.  Finally he had begun to hit the boy and his wife insisted that he get help.  As we discussed the situation, the father, a hard driving entrepreneur, interwove his own athletic, boisterous childhood with a tale of his son's passivity and lack of athletic interest.  The man spoke of his son's artistic interests and gentle mildness in language and tone alternating between disparagement and distress.  After a while I asked if his son was a disappointment to him.  The father looked stunned, then broke into a flood of tears.  He spoke of his shame in himself for his attitude and his shame for having 'broken down'.  He said he hadn't cried for many years -- since his father died.  Finally he was able to come to terms with his grief for the child he wished for but didn't have, the child he was for his own father, and the three generational depth of grief he carried.  He was able to find resolution and relief.  He faced his shameful secret, survived and moved on. His conflict with his son subsided and they were able to redevelop their relationship.

Yes, there is relief from disappointment and grief.

A young woman came to me.  She felt detached from her body, with internal aches and a choked feeling.  She was unable to work consistently. As her story unfolded she mentioned having been sexually abuse by a clergyman as a child.  She told the story without feeling, as if she were speaking of someone else.  As our work went further she reveled an intense and deep spirituality.   She was disenchanted with organized religion as we usually understand it.   During the course of our work together, a guiding theme came to the fore:   that she had been a Celtic Priestess sacrificed by garroting (choking by means of a short leather thong looped around the throat and twisted with a stick) and immersed in a bog. This theme focused on her sense of choking, the feeling of being cut off from her body, the stoppage of bodily functions and the sense of betrayal by trusted representatives of her religion.  As we worked this material became more attached to her sense of a current life and her symptoms slowly abated.  She was then able to attach herself emotionally to the abused child-self, react to it and mourn for her loss.

And she felt hope.

A young man came to see me. He was fixated on a girlfriend from his teen years, several years before our first meeting.  He felt rejected by her and was unable to find interest in any other woman. As he told me of himself, it came out that he had, since he was 8 or 9, struggled against attractions to boys and fears that it would become public knowledge.  In the playground and in the locker room he had already been called 'faggot' by the some of the other, crueler boys. He loathed himself and felt ashamed.  As we worked, he came to see that, whatever his sexual orientation, his primary interest was to feel capable of drawing and holding someone else's loving, caring interest in him; and he wanted to feel safe. His desires for homosexual sex was a conduit for his need for attachment and love.  He was able to find a relationship with another young man.  Ultimately, he was able to disclose his sexual orientation to his parents and work through their ambivalence.  He was then able to come to understand the ambivalence he felt from them throughout his life.

He was able to feel release from the hand of the past and from his fear. 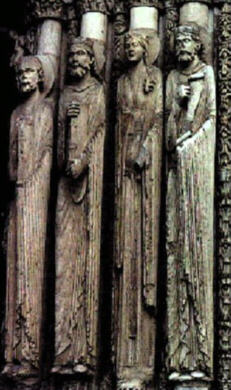 (One is thought to be Eleanor of Aquitaine)